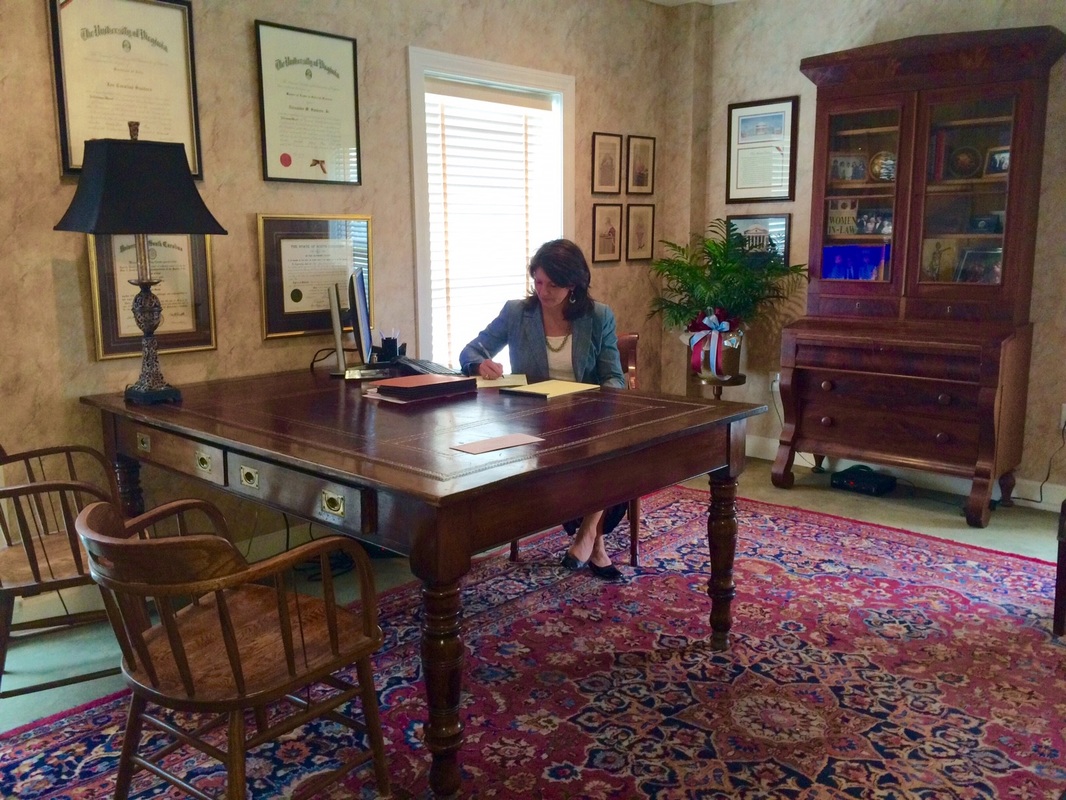 The University of Virginia
Charlottesville, Virginia
Bachelor of Arts, English, 1989

Member and Co-founder of South Carolinians for Alternatives to the
Execution of Children (organization dissolved because mission accomplished when U.S. Supreme Court abolished the death penalty for those under 18).

Board Member of the Friends of the Congaree Swamp (term expired 2006).

President of the National Association of Women Lawyers (2003-2004);

Board member the National Association of Women Lawyers (2001-2009);

Board Member and Co-founder of the South Carolina Administrative and Regulatory Law Association (present);

"The Government is at your Table," Insider, South Carolina Restaurant and Lodging Association (May 2015)

“There is a Reason the Employment Retirement Securities Income Act Has the Word “Employment” in the name,” DRI, The Voice of the Defense Bar (May 2015)

“Statute’s Fraud or Concealment Language is an Exception to Statute of Repose for Fiduciary Claims,” DRI, The Voice of the Defense Bar (May 2015)

"Be a Winner: Be Smart About the New Laws Regulating Games of Chance in SC," Insider, South Carolina Restaurant and Lodging Association (January 2015)

“Is There Such a Thing As "a Bar" in South Carolina?,” Hospitality News, South Carolina Restaurant and Lodging Association (September 2014)

NEWS ARTICLES: (quoted or subject of)

The New York Times
August 22, 2000, “Whether to Kill Those Who Killed as Youths”

Tribute to Women in Industry Award by the YWCA (2004);

Certificate of Appreciation by the Friends of the Congaree Swamp (2003);

National Association of Women Lawyers Outstanding Member Award (1999) for service as chairwoman of the Rainmaking Committee and the creation of the first National Directory of Women Lawyers;

The following is a selected sampling of recent cases and is provided for informational purposes only. Past success does not indicate the likelihood of success in any future litigation matter:

The boys, William and Alex